Doctoral Researcher in Virtual Reality and Robotics at University of Oulu, Finland 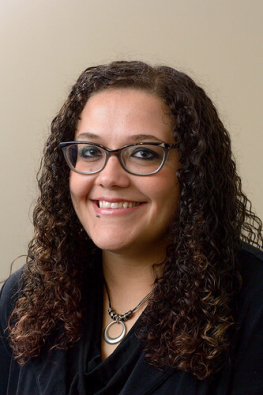 This talk will present scientific research exploring the mental and physical effects of being immersed in a panoramic nature video in virtual reality. I will explain the theories relating nature to human health, discuss the findings from research that was part of my master’s program and offer suggestions about opportunities for you to engage with this exciting new technology.

Katherine Mimnaugh is a Doctoral Researcher in Virtual Reality and Robotics at the University of Oulu, a 2018 Oculus LaunchPad Fellow and a 2020 recipient of the Google Students with Disabilities Scholarship. She began working with virtual reality in 2016 when she took a VR course at the University of Illinois in Urbana-Champaign. Her academic background is in clinical psychology and cognitive neuroscience, and her master’s thesis research investigated the restorative effects of natural environments in virtual reality. She started the VR for Good Club at the University of Illinois and has given invited lectures on VR for social benefit, preventing cybersickness in virtual systems and cognitive neuroscience for human-computer interaction. In the spring of 2018, she wrote and directed a virtual reality short film about homelessness, Friends Without Addresses VR, which was submitted to the Sundance Film Festival and the UN Women's Global Voices Film Festival. As part of the Perception Engineering Group in the Center for Ubiquitous Computing, her research focuses on the measurement of human perception in virtual reality, as well as interaction and embodiment in virtual robotic telepresence.