"How tech companies can drive innovation and foster women eng"

It’s no secret that diversity drives innovation. Reports confirm highly inclusive organizations are 170% better at innovation, can increase market share by more than 15% and capture new markets by 20%. Such data points have leading organizations racing to build more inclusive cultures and harness the power of a diverse workforce and viewpoints to boost their competitive edge, globally.

Jesse Draper is a mother of 3 boys, founding partner of Halogen Ventures and creator and host of the Emmy-nominated television series, “The Valley Girl Show.” Jesse is a fourth-generation venture capitalist focused on early stage investing in consumer technology companies led by female and co-ed teams. Jesse was listed by Marie Claire magazine as one of the “50 Most Connected Women in America.” She supports the Parkinson’s Institute and is involved with growing UCLA’s female entrepreneurship community.

Joyce Sidopoulos is the Co-Founder and Vice President for Programs and Community at MassRobotics, whose mission is to enable and grow the next generation of robotics companies. Previously, Joyce was the Innovation & Robotics Community Manager for the Massachusetts Technology Leadership Council. Joyce’s prior experience includes 14 years of civil service with the USN’s Naval Undersea Warfare Center, where she held positions as Chief Scientist for Acoustic Performance Prediction System, Systems & Test Engineer, and Sonar Systems Analyst/Engineer.

Valli Nachiappan is Vice President of Engineering at Zendesk. Valli is focused on attracting diverse talent and growing teams. Prior to Zendesk, Valli was Senior Director of Software Engineering at ZapLabs, where she led and grew engineering teams, with a focus on building talent and executing on productivity, platform and product strategy. 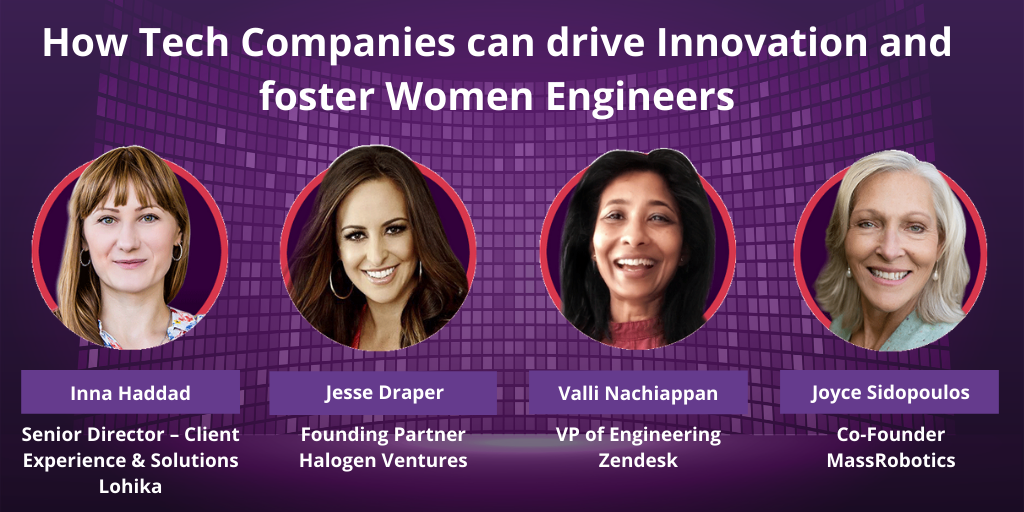