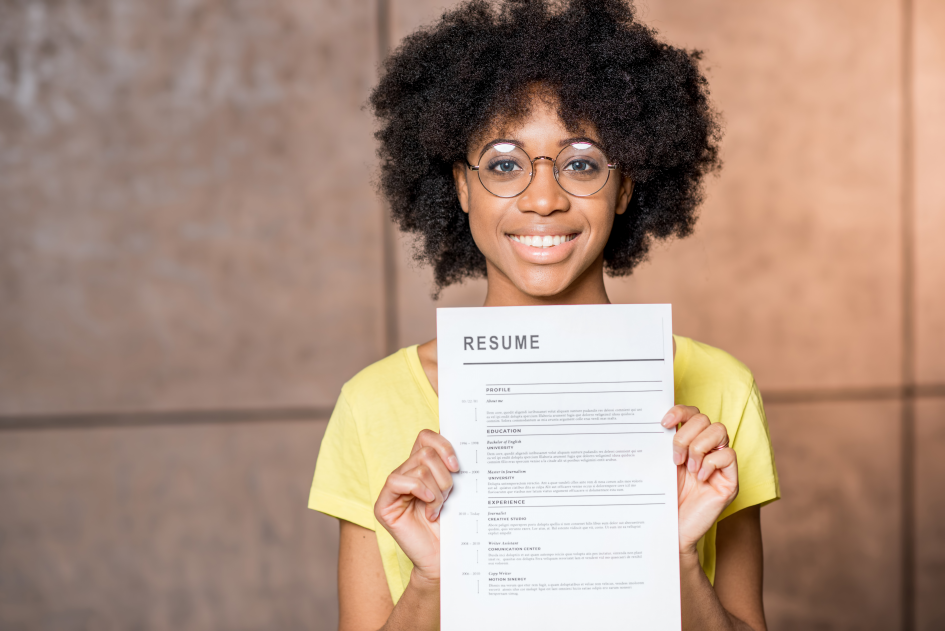 Despite concerted efforts, the gender gap in the tech industry is still pretty huge-- which is why we do what we do! WomenTech Network exists to help close this gap and overcome inequalities in the tech workplace.

While there are many possible reasons for fewer female techs, a recent study conducted by Kieran Snyder has suggested that gender differences in how a resume is written and presented could be a contributing factor.

Kieran Snyder’s study, “The resume gap: Are different gender styles contributing to tech’s dismal diversity?” looked at 1,100 resumes of technology workers, made up of 50% male written resumes and 50% female. What Snyder found was stark differences in style between genders, most pointedly length, with women on average writing longer resumes. The study also showed differences in the organization of the resume itself. Women tend to present their work as an executive summary as opposed to specifically writing their past jobs in a list.

Let’s take a more in-depth look at the study’s finding on resumes written by women:

Longer, but short on details

As previously mentioned, women tend to write much longer resumes. There is a huge difference between the average male resume with 414 words and female resumes with 745 words. That’s 80% more words than men, with only 19% of women’s resumes fitting onto one page in comparison to 61% of men.

But despite the longer resume, women tend to place less emphasis on specific details of previous jobs. They are more likely to write a detailed summary of their work as a whole, as opposed to describing each of their previous roles in detail.

Although they are including their job titles, they don’t tend to go into detail of each job and their achievements individually as men tend to. Men are also more likely to include a bulleted list of their work history, with 91% of male resumes in the study compared to just 36% of the women resumes.

It seems that women prefer to create an overall narrative of their entire professional career where men will give concrete examples of achievements regardless of it fitting into this narrative.

The study found that women tend to include more personal achievements in their resumes than men, with women citing 7 distinctions while men include just 4. These distinctions include professional awards and prizes, or academic accolades. These achievements tend to date back even to the beginning of their career, where they might not be as relevant.

Men tend to stick to the traditional sections of a resume such as Professional Career, Skills and Education whereas 36% of women were seen including other sections such as personal achievements.

Both men and women equally included a personal section on interests, anything from hobbies to athletic achievements. Yet even in these sections, men generally limit the details to one line, whereas women tend to elaborate using three.

Male resumes on the other hand…

Tend to have more luck with their format of resume. They stick to the very basics, 9% used bulleted lists and only 3% deviated from the standard sections. Being concise and focused might lead to standing out more to tech-minded recruiters.

Another aspect that the study focused on is the fact that men tended to use verb-heavy action words to describe their work as opposed to collaborative language. For example, where women may phrase a job as “working on a new automatic platform partnering with product management and marketing”, men may phrase the same job as having “researched, architected and implemented a new customer feedback system”.

What does this mean for hiring managers?

It’s important to remember that men and women applying for the same job are likely to have similar education and background. The gap in resumes comes from a difference in how women and men present themselves through language and form, not how qualified they actually might be for the job.

Men stay to the facts and allow the story to be formed by the employer where women try to tell their story. Neither way is a wrong way to write a resume, one highlights the individual’s ability to be precise and focused on a goal, whereas the other shows the individuals ability to create a cohesive narrative.

The tech industry is much more focused on the precise, so it is no wonder that the field is male dominated. This creates a real issue for employers, because if they are only open to accepting a certain type of resume, they lose out on many skilled individuals, equally, if women need to change their style of resume it places an extra, and unnecessary burden on them.

Therefore, hiring managers need to be aware of the differences in resume styles and the different ways that individuals present their skills.

Advice for writing a tech resume that closes the gap

When applying for a tech job, it will pay off to try to be concise, and use strong, confident writing to get your skills across in the most effective way. It’s about showcasing yourself in the best way possible while focusing on the most relevant skills you have for the job at hand.

Choose a handful of especially meaningful personal achievements to list, instead of everything you have accomplished in your career thus far and describe them with more verb-heavy language.

Try and make the resume concise without skimping on your most important attributes. Of course, this is perhaps an extra effort on your part, but you will end up with punchy and effective resume as a result.

To sum up here are the main points of Snyder’s study to remember: