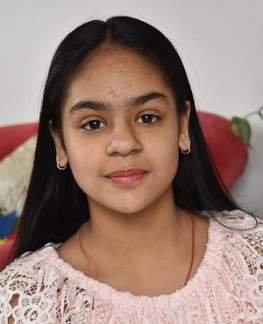 "How a virus is changing our perception of technology "

Do you want to see this session? Help increase the sharing count and its visibility. Sessions with the most votes will be made available to the general public.
Please note that it might take some time until your share & vote is reflected.

Session: How a virus is changing our perception of technology

Digital Technology has been here for the last decade. But we kept it on the fringe, as an unwanted outsider not to be allowed to come and take us over under its grip before enslaving and destroying humans to finally create an empire of robots. However, the reality turned out to be far from it. The change of script was controlled by a tiny 400 microns with no processing power at all, rather than robots. The virus needed no intelligence to come along and destroy the empire of humans like a castle of cards making them run and seek refuge wherever they could. If this period were to be examined in history, it would classify it as one of the most shameful periods of humanity. When we were empowered with the advancements of technology and science but we ran away into hiding because of a 400-micron living entity. Our economic systems are halted in an unimaginable manner. I believe this all happened with such a serious impact as we weren't open to adopting technology, and were showing unnecessary hesitance. Now, it's the iGen's time to take over and lead a revolutionary turnaround where technology shall be the new alphabet. Where anything, no even a virus could ever bring humanity to its knees like this in the future.

Avanti is a 13 year old pre-teen technology specialist at Workshop4Me and is interested in the capability of Science and Technology. Avanti likes to share the joy of coding with children.
Avanti launched Codeutainment on February 8, 2019 – a revolutionary concept, first of its kind in the world, where Coding, Science and Mathematics are presented in an entertaining manner in a movie hall to simulate the experience of watching a thrilling movie. Avanti has also won the ICT Rising Star special award at IT Ladies night in December of 2019. Avanti is passionate about bringing in a new model of education with coding and STEM addressing global issues differently taking into account the views of iGens. She shared some of her thoughts on these subject at:
- TEDxHUBerlin, February 2020
- EU Robotics Forum: panel on women in robotics, as youngest speaker in Malaga, Spain. 2020
- She was also interviewed and invited to present the awards
- Women in Tech 2018, Lisbon where she was a finalist in 'Most Promising Junior' 2018
- Technology Playmaker awards where Avanti was a finalist under the category, ‘Rising Star of the year’ 2018, London.
- Scratch Conference, Budapest 2017
Currently, she has run online coding camps for children over eight weeks during this COVID-19 Lockdown.