Chair, Board of Directors / Professor Emeritus at Space Foundation / University of Virginia 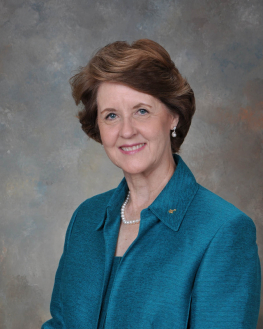 Dr. Thornton will share her background as an astronaut, educator and aerospace community leader and the lessons learned along the way.

Dr. Kathryn C. Thornton is a Professor Emeritus at the University of Virginia in the School of Engineering and Applied Science, Department of Mechanical and Aerospace Engineering.

Thornton was a mission specialist on the crew of STS-33 which launched at night from Kennedy Space Center, Florida, in 1989 aboard the Space Shuttle Discovery. The mission carried Department of Defense payloads and other secondary payloads. In 1992 on her second flight, Thornton served on the crew of STS-49 on board the maiden flight of the new Space Shuttle Endeavour. During the mission the crew performed four EVAs (space walks) to retrieve, repair and deploy the International Telecommunications Satellite (INTELSAT), and to demonstrate and evaluate numerous EVA tasks to be used for the assembly of Space Station Freedom. The following year Thornton was again a mission specialist EVA crew member aboard the Space Shuttle Endeavour on the STS-61 Hubble Space Telescope (HST) servicing and repair mission. During the 11-day flight, the HST was captured and restored to full capacity through five space walks by four astronauts. On her final mission in 1995, Thornton served aboard Space Shuttle Columbia on STS-73, as the payload commander of the second United States Microgravity Laboratory mission. The mission focused on materials science, biotechnology, combustion science, the physics of fluids, and other scientific experiments housed in the pressurized Spacelab module.

Since leaving NASA, Thornton has served on several review committees and task groups, She also served for several years on the National Research Council Aeronautics and Space Engineering Board. She also is a co-author on Pearson’s Interactive Science, a K-8 science program.

While serving as an astronaut, Thornton was also the head of the NASA Johnson Space Center Education working group which coordinated the educational outreach activities of astronauts and professional educators working under the “Teaching from Space” contract with Oklahoma State University. Videos, printed materials and live events with school children and astronauts in orbit were some of the products of the group. Prior to becoming an astronaut, Thornton was employed as a physicist at the U.S. Army Foreign Science and Technology Center in Charlottesville, VA.