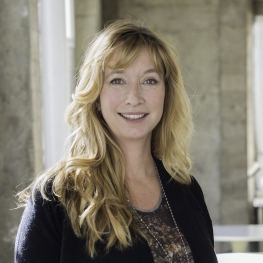 I am a CEO / founder. I was previously CEO of Cognea Artificial Intelligence, which was acquired by IBM and is now a significant part of Watson. I was co-inventor, and led the company through hyper-growth - tens of millions of users, major deals, capital raising.
Before that I was CEO founder of a search engine company using applied artificial intelligence for predictive personalization, which went public. I co-invented the technology, won large deals and millions of end-users, and grew it from nothing into something significant. Valuation grew and grew, right through the tech crash.
The first company I founded was a multinational education franchise. We ran classes for thousands of families, and went online early. It grew big, did well, and best of all did wonderful work. The company is still growing, and has trained over 24 000 children and families in Africa and across the world.

I love my work, it is like living inside a science fiction novel. We dream the future in our minds, and watch it unfold in our hands.

(....and when I meet Isaac Asimov in heaven one day, I plan to have a heated debate with him on his robotics laws - I think he missed some big issues.)

Specialties:
- growing companies;
- ideating the future, bringing it to life;
- inventing novel approaches to technology, then scaling them globally;
- building technology that actually works, works well, and attracts many tens of millions of users;
- Playing into large trends, in the interstitial space between technology, humans and environment;
- Using technology to change society;
- Complex and novel deals, strategy and growth in uncharted waters;
- Seeing massive trends before they happen (I was in search when Google was new. I co-invented a form of 'social graphs' in 2006, & got into AI before the current rush. I believe unrelenting human expansion and self vs group orientation will be have impact beyond what we can imagine)