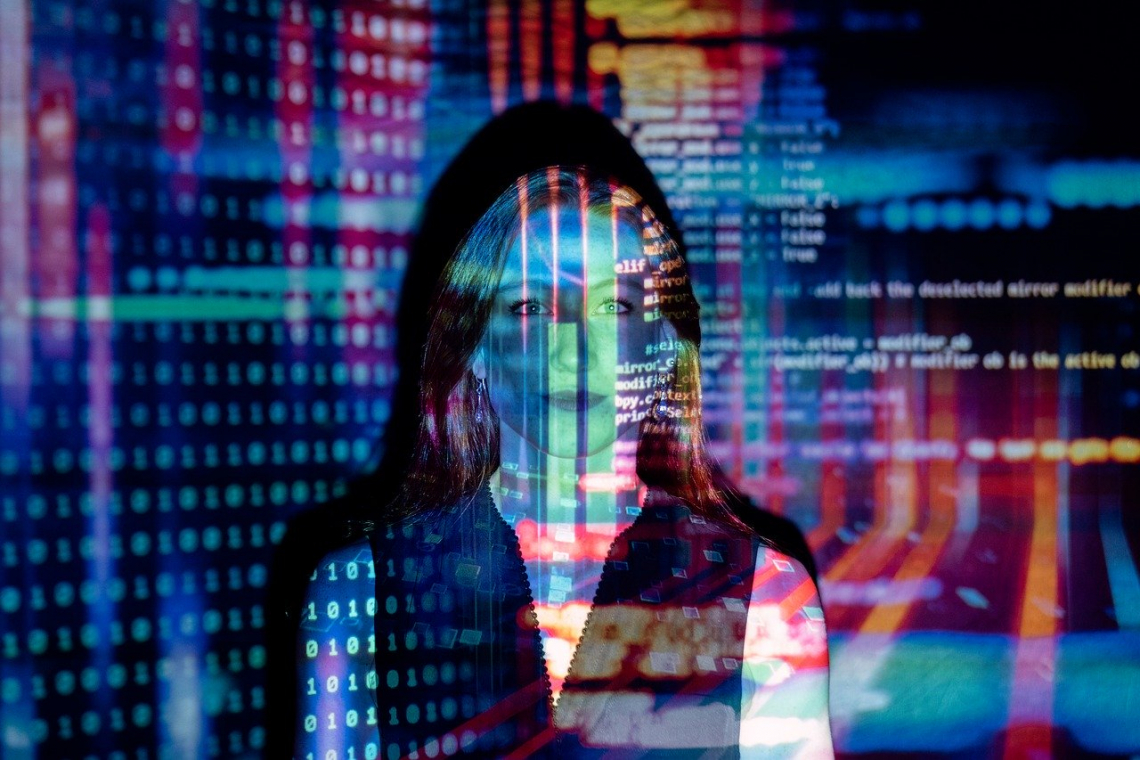 The world of tech is known for being extremely male-dominated, with women in the STEM industries often experiencing sexism, inequalities, feelings of inadequacy or impostor syndrome. Unfortunately, it’s an age-old problem, with many examples throughout the history of science, technology and discovery that still prevails today.

Despite the hardships that come from being a minority in the field, there are incredible women making their mark on the tech industries. We gathered some of our favourite quotes from some of the most influential women leading in tech today. (The quotes are in no specific order) 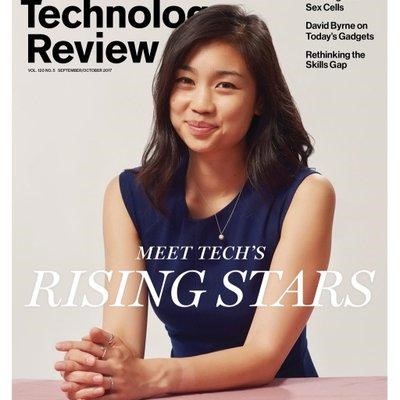 “I have very personally felt the overwhelming loneliness, self-doubt, and frustration that often comes with the minority status of a woman in engineering. As much as I can help others get through or avoid those difficult stretches that I myself had to weather, I’d like to. As a bonus, the more women (and minorities) that enter and don’t leave the field, the better it all gets for everyone, including me!”
Tracy Chou

Tracy Chou has worked for many of the largest tech giants (Facebook and Pinterest to name a few) and she’s done some incredible work in pushing for more women in tech. She’s known co-founded Project Include in 2016, a community which aims to build meaningful, enduring diversity and inclusion in tech companies. 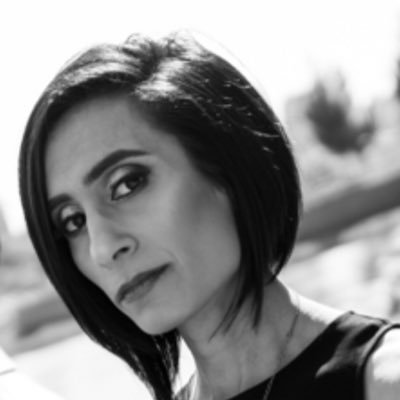 “Women no longer have an ‘if I can’ mindset. Now it’s more about ‘how I can’— be in tech, start something in tech, fund something in tech. That shift is exciting! And it happened because we created a network where we show, daily, that women are innovating.”

Shaherose Charania is a tech entrepreneur from Canada who Co-Founded Women 2.0, a media company offering content to women to inspire innovation in technology.
Follow @shaherose / www.linkedin.com/in/shaherose/ 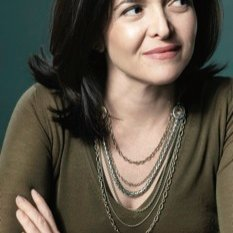 “The word ‘female,’ when inserted in front of something, is always with a note of surprise. Female COO, female pilot, female surgeon — as if the gender implies surprise … One day there won’t be female leaders. There will just be leaders.”

Sheryl Sandberg studied at Harvard University and is the chief operating officer of Facebook and became the first woman on Facebook’s board of directors. She is an author and billionaire and was named on the Time’s 100 most influential people list in 2012.
Follow @sherylsandberg /  www.linkedin.com/in/sheryl-sandberg-5126652/ 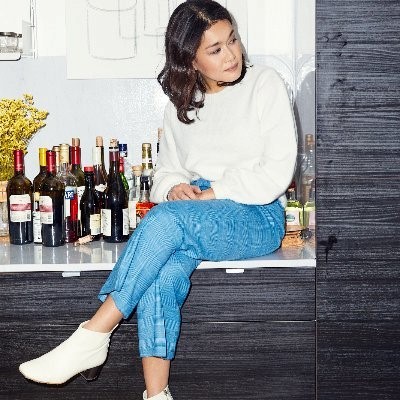 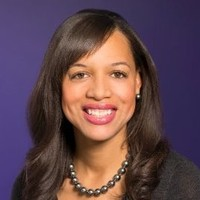 “Recognize and embrace your uniqueness. I don’t think the ratios are going to change anytime soon. But I don’t think it has to be a disadvantage. Being a Black woman, being a woman in general, on a team of all men, means that you are going to have a unique voice. It’s important to embrace that.”

Erin Teague began as a software engineer for Morgan Stanley and has gone on to work for YouTube, developing it’s Virtual and Augmented Reality products. According to Business Insider, she’s one of “Silicon Valley’s 100” and is one of Glamour Magazine’s “35 Women Under 35 Who Are Changing the Tech Industry”.
Follow @ErinTeague / www.linkedin.com/in/erinteague 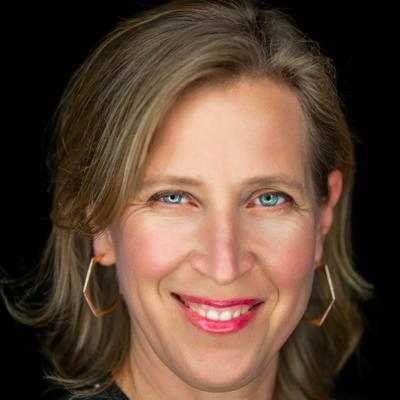 “Life doesn’t always present you with the perfect opportunity at the perfect time. Opportunities come when you least expect them, or when you’re not ready for them. Rarely are opportunities presented to you in the perfect way, in a nice little box with a yellow bow on top. Opportunities, the good ones, they’re messy and confusing and hard to recognize. They’re risky. They challenge you.”

Susan Wojcicki had an incredible career, from being involved in the founding of Google in 1999 and become the CEO of YouTube in 2014. Her net worth in nearly $500 million and she’s an advocate for extending paid family leave and opposing gender discrimination in tech companies.
Follow @SusanWojcicki / www.linkedin.com/in/susan-wojcicki-b136a99/ 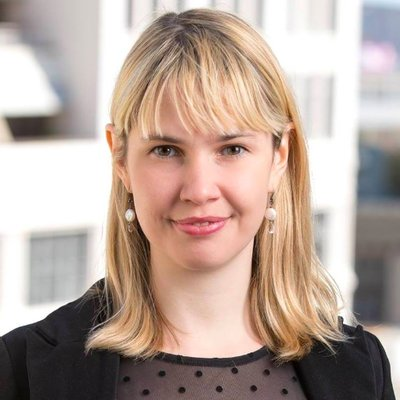 “[The tech] industry is risk-friendly, so it’s better to take the chance or take the lead if you think something might work. Just go for it and really put yourself out there, because it’s an industry that really responds to that. When you take risks and just go for it, you tend to be rewarded and see things happen.”

Megan is a Partner at a venture capital firm called Mentors Fund which invests in gives advice to technology startups.
Follow @meganberry / www.linkedin.com/in/meganaberry/ 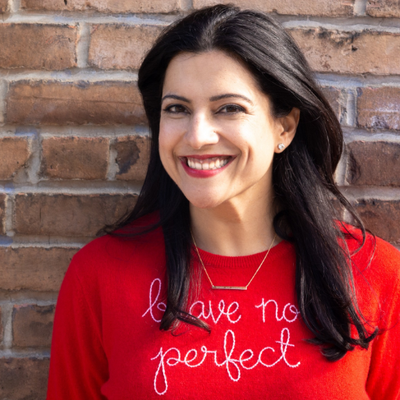 “Everything I’ve achieved has come from perseverance.  I’ve never met another entrepreneur who had a painless path to success -- everyone who tries to bring new ideas to the world is tested. All aspiring entrepreneurs should remember that failure doesn't mean the end of the road. It can lay the groundwork for something even greater.”

Reshma Saujani is a lawyer and politician who was the first Indian-American woman to run for Congress. She founded Girls Who Code, an organization which supports and aims to increase the number of women in tech.
Follow @reshmasaujani / www.linkedin.com/in/reshma-saujani/

Rebecca Garcia, Career Strategist and Coach for Women in Tech 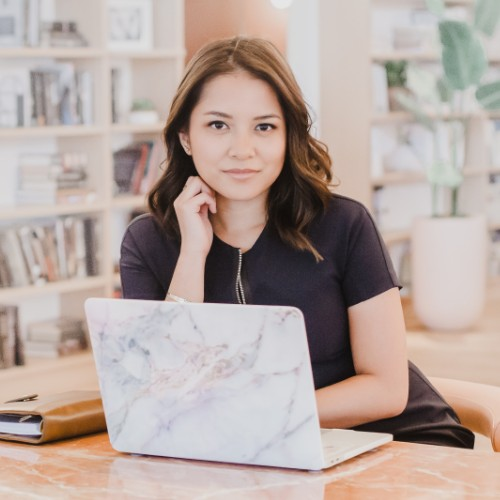 “It’s so easy for us to get caught up in negative patterns, versus seeing what positive change you can make. Especially for women and minorities, we need to learn to see challenges as stepping stones instead of hurdles. They really can bring you experience and closer to your goals.”

Rebecca Garcia is a computer programmer who received the White House Champion of Change award for her contribution to Tech Inclusion in 2013. She was named the Hispanic STEM Star in 2016.
Follow @beccagarciatech / www.linkedin.com/in/rebeccaegarcia/ 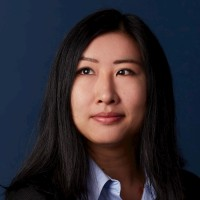 “Learn to ask for things. You will constantly be figuring out how to acquire customers, investors, mentors, advisors, staff, and so on. Be concise, relevant, and brave.” 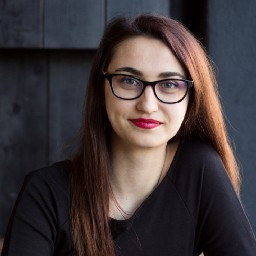 “To create a more diverse and inclusive tech world, we need to inspire and empower the next generation of female role models to pursue and develop their career in technology and become innovators, leaders and entrepreneurs. It's a process and it's not always straightforward. It takes time, action and support. Join us on a mission! Together we can make a difference.”

Anna is our very own Founder and CEO at Coding Girls and WomenTech Network, Partner at Tech Family Ventures, and Regional Director at Founder Institute. As an entrepreneur, founder and advocate for diversity in tech, Anna is super passionate about startups and innovation.
Follow @annaradulovski / www.linkedin.com/in/annaradulovski/

Let us know! Luckily there are many more great women and quotes which we probably have missed and we believe that all the women above are doing great work. Send us your favourite quotes to quotes@womentech.net or comment on the post. 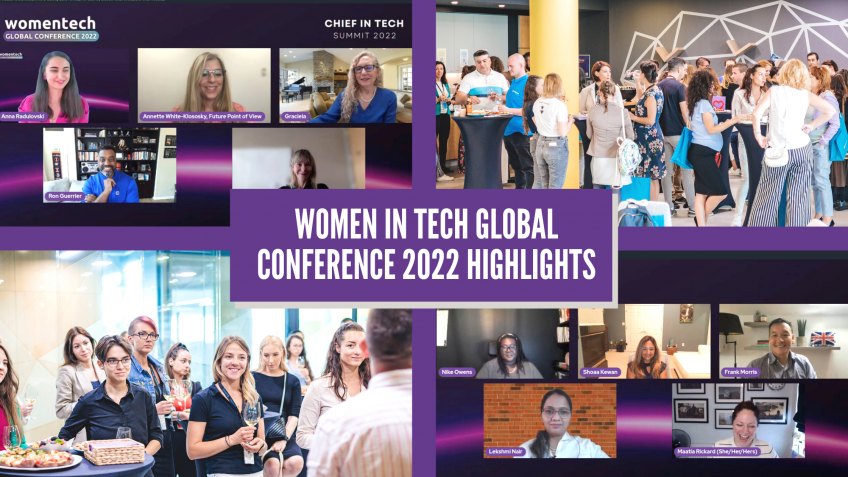 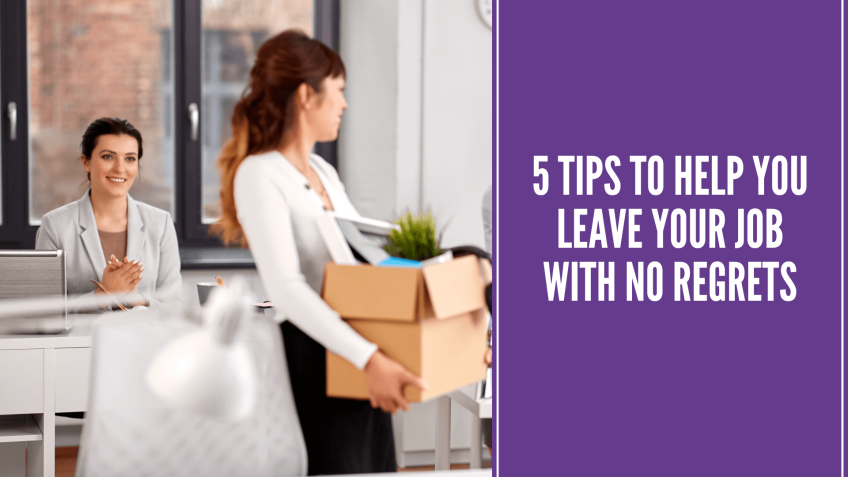 5 Tips to Help You Leave Your Job with No Regrets 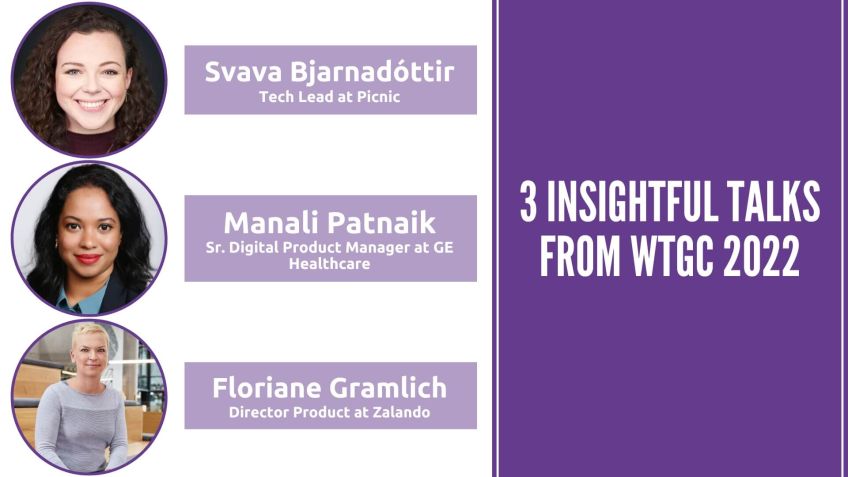 3 Insightful Talks from the Women in Tech Global Conference 2022

We are glad to announce our amazing judging panel below: 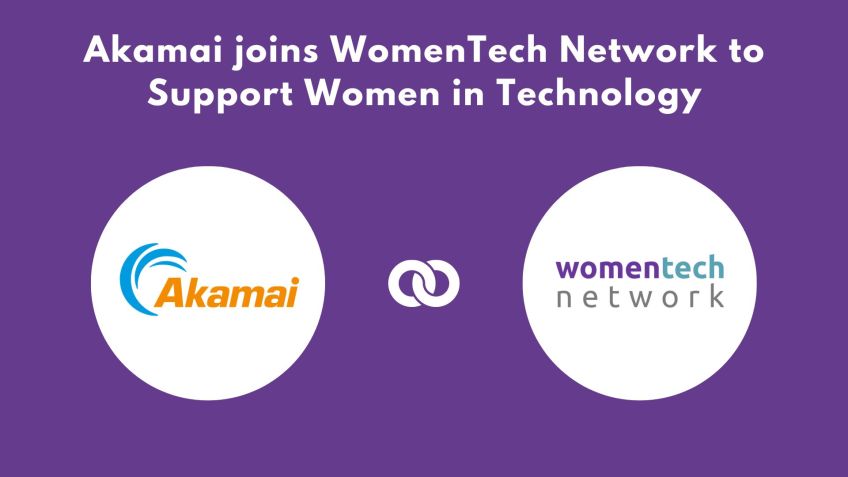