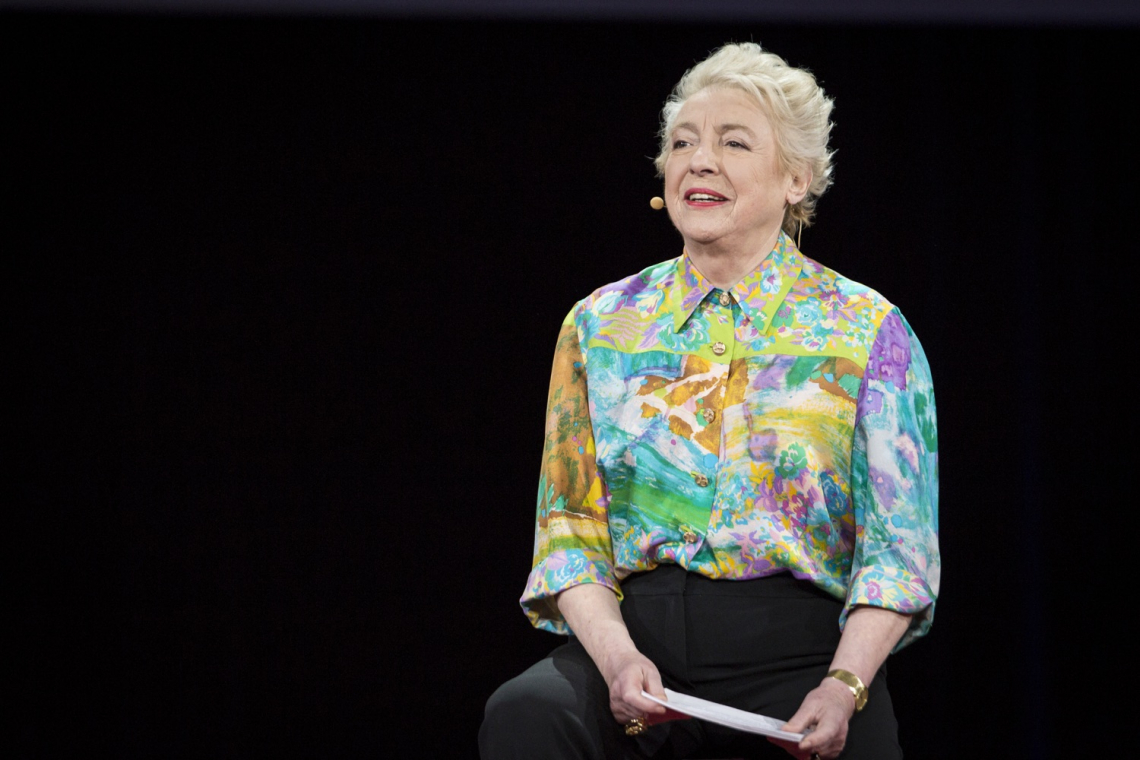 Although more women enter the tech field, there is still much ground to be covered as statistics show. This letter by Swetha Manickavasagam shines the spotlight on one of many inspiring women who has paved the way for women in tech. That woman is Dame Stephanie Shirley.

This 86-year-old entrepreneur and philantropist has been smashing glass ceilings her whole life. She started a software company in 1962, which gave women the opportunity to work on their own terms, and, of the first 300 staffers, only three were men. When she retired in 1993, she gave a majority of her stake - almost £30 million worth - to the staff she employed.

“Perhaps, when you’ve been on the sharp end of a battle for decades, it is actions, rather than the language used to describe the fight, that matter most”, she says.

Shirley or "Steve," as she started calling herself at the end of letters to professional leads to not have them dismissed on account of her gender, is used to fighting. She arrived in London “petrified and weeping” at five years of age, after leaving Vienna on the Kindertransport as a child refugee. She was taken in by a foster family.

The only place that could quench Shirley's thirst for math was a boy's high school that offered the subject. The school was her first interaction with a male-dominated space. With an apparent aptitude for math, Shirley took evening classes for six years to earn a mathematics degree and eventually secured a job at the Post Office’s prestigious Dollis Hill research station at 18.

“When I first started [in the workplace] I was patronized, as women were, but when I began to make it clear that I was pursuing a vigorous professional career, then it became a more anchored position to keep me out.”

Shirley knew her work was good enough to get her promoted. Again and again, however, the promised promotion never materialized. The discrimination was “quite overt”. At 29, she set up her own software company from her dining table.

"Freelance Programmers" was a company of women and for women, dedicated to creating a space where females could manage their home and professional lives at the same time. To do that, Shirley says the business had to be “family friendly in the extreme”, with flexible hours. Many of Shirley's female employees had left work after getting married or having their first child but they all had good degrees.

"You could do annualised hours, min-max hours, have a zero-hours contract (I know those contracts are very unpopular now but they did work well for us in those early days)."

It wasn’t as facile as it sounds. Back in those days, women couldn’t even open a bank account without the permission of their husbands. Shirley acknowledges her ineptness in the financial side of things which held her company back for years. It took her 25 years to appoint a financial director.

“I was scared of money. I don’t think it was about undervaluing the work; it was just sheer ignorance. I thought it was quite acceptable to buy a unit of labor for a pound and sell it for one pound fifty. And it just doesn’t work.”

Eventually, the team worked on the programming of the black box flight recorder used in the Concorde and the business thrived. Even today, money is not of much importance to Shirley. According to her, successful entrepreneurs are rarely in the game for that reason.

“The Money comes from doing something we really adore.”

Shirley was not only a successful career woman, but a loving mother as well. However, her motherhood was not one without challenges. Shirley’s late son Giles was autistic. Given the care Giles needed and the pressure of business, Shirley was working 24/7 under colossal stress. The saving grace was the warm atmosphere she says underpinned the success of her team of female programmers.

With good staff of either gender, Shirley thinks female-run startups will survive, “and the good employers do now work hard for diversity, which is proven to improve innovation”. Another survival technique is softness.

"When I started I was very aggressive. I learned to charm my way through a little bit, and I also tried to find innovative solutions.”

Today, Shirley is an awe-inspiring philanthropist, involved in a myriad of autistic charities and foundations. She is pragmatic about her growth – as an entrepreneur and as a philanthropist.

“I decided to make mine a life that was worth saving. And then I just got on with it.”

A woman like her always inspires us and keeps us moving forward despite any hindrances.

Swetha Manickavasagam is from India. She is an Undergraduate student who've always wanted to explore more and bring out the best in herself as well as in society. We'd love to read your letters of gratitude about women in tech who inspire you.