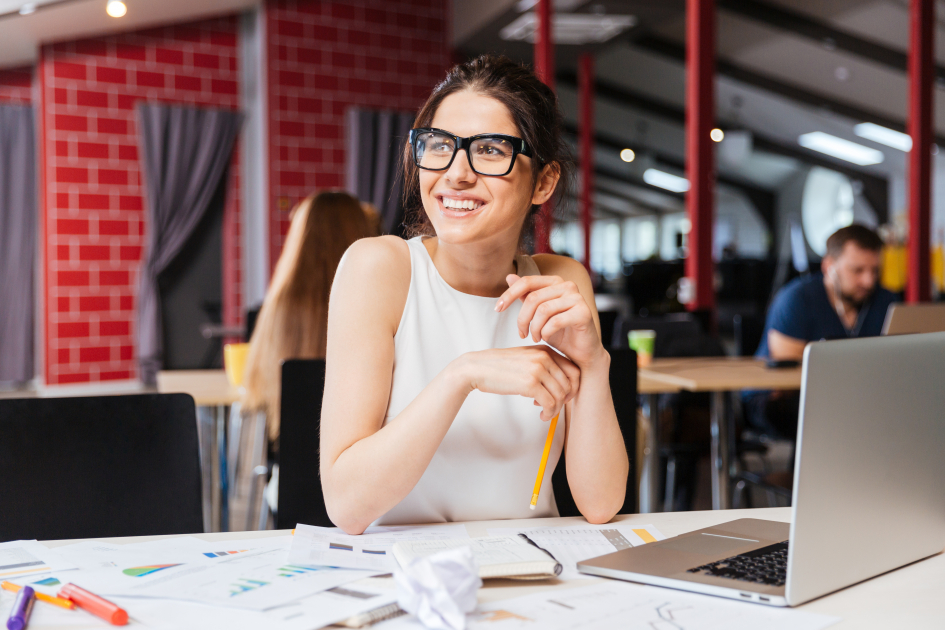 Did you know that studies show most women apply for a job only when feeling 100% qualified? It is also common for a woman to be speaking too fast during a meeting out of fear not to be interrupted. In the 21st century, most women are still struggling in their careers because they lack guidance and professional support.

I wanted to find some answers, thus I joined the Future Leaders Program 2018, in Copenhagen, which focused on empowerment and support of the next generation. There, other young professionals and I defined 4 steps we can take to help women on their professional journeys:

Stereotypes remain a prejudice we all try to overcome. There are still many countries where gender roles are fixed, instead of challenged. Even if we look at some professions from a linguistics point of view, many are defined by a name reliant on sex performing the duty – a fireman, a policeman, a housewife.

Another classic example of subjecting women to stereotypes comes from an early AI Image Recognition software that was prone to bias. Due to poorly selected training data, the software linked scenes of kitchens, laundry, and shops to women, while sports scenes, coaching, and shooting were linked to men. Thus, machines trained by humans mirrored gender biases that were unconsciously injected into the software. This issue was later recognized by researchers and a new agreement was drawn to pay more attention to solving problems with machine learning.

We are slowly working on challenging and changing such stereotypes, but we still have a long way to go. The World Economic Forum estimates that it will take 108 years to close the gender gap. Think of the simplest activities; even they can be subjected to gender bias and slow down the process of closing the gap. I’ve experienced it first hand, and I was the biased one in a way.

Last summer, I spent a month in a small coastal Norwegian town, Ulsteinvik, as I needed some peace and quiet from the big city hustle. Seeking new energy, I was determined to reconnect with nature and to try solitary activities. So, I tried fishing for the first time. I didn’t think of fishing as exciting or therapeutic for a woman before because I had never heard a story from a woman doing it. However, it gave me more relaxation than any other meditation I ever did and reminded me to reevaluate my own biases.

Very few people truly discuss the concept of feminism and explain what it means to them. In discussions, I often hear of feminism with some negativity, resentment, and even anger from the speaker.

Once, I asked a few of my male friends and colleagues whether they felt feminism was about fighting for the eradication of men, placing women in complete power, and truly eliminating the need for men. To my surprise, a few actually admitted that was exactly how they felt.

Moreover, when one female CEO, a mother of three, acknowledged that her husband was bullied for choosing a househusband role, I realized the importance of defining the concept of feminism in every conversation I have.

From now on, I make an effort to elaborate in a discussion that feminism promotes equal rights for both men and women, allowing both sexes to occupy any role in society that was traditionally assigned to only one sex.

Throughout my early career, I was fortunate to receive mentorship and guidance from my superiors. I never felt any discomfort from the fact that they were all men. It did not bother me probably because the corporation I was working for had a female CEO, which gave me reassurance in success. “If she made it, so can I”.

Only after attending a few female-only events did I realize that other women struggle in their careers due to a lack of female role models. Many female professionals shared that lack of motivation and inspiration from other women hindered them from taking on a new challenge and exploring new horizons.

Help such women by becoming a role model yourself. Share your success and failures, encourage and support them. If you’re missing a role model, seek her out. I, for example, began exploring the mentoring and coaching field and started a blog for professional experience hoping to help others (all genders) in their development journey.

Today, I get my own inspiration from 13-year-old business lady Khloe Thompson, who has dedicated herself to supporting and advising homeless people in her neighborhood. She helps them move off the streets by getting them access to necessary services and support. Khloe believes there is no problem so big that a little care can't help.

4. Engage Men In The  Discussion

I once attended a workshop on future female business leaders where I encountered a few male attendees. Out of curiosity, I asked one man about his objectives and expectations from the event. He was working with female entrepreneurs in developing countries and was looking for insights from other businesswomen to better understand the challenges only women face in business. He wanted to help the women he worked with succeed.

It’s very difficult for a woman to succeed alone; it is still difficult to succeed even with the support of other women. It is way easier to succeed having men cheer for you. Engaging men in the discussion and asking for their help shows that the price of every successful woman is not paid with the loss of a failed man.

Many men still fear that this is a women's fight and men are not welcome, but many want and can help. The aforementioned gentleman was not talking about helping women in general, he was actively helping the women he knows.

Whether you feel lost in your professional journey or know a woman who does, there are steps you can take today: challenge traditionally assigned gender roles, start a discussion on feminism with family and friends; look for a way to become a role model for the next generation; let men help.

Every step counts. If you try to empower other women, you can succeed in empowering yourself the very least, and that is already good enough.

Anna Znachko is a Business Consultant / Adviser / Blogger / Mentor / Life-Long Student. Her greatest desire is to work with digital solutions and implement meaningful initiatives, To help teams adapt to change and make this experience less painful, she has taken a certification in Psychological First Aid.